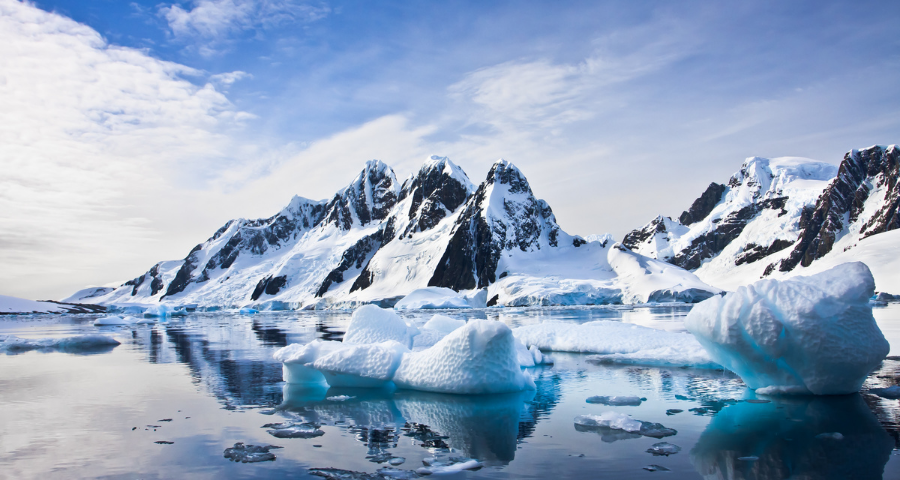 Temperatures in the region will hardly ever exceed minus 30 degrees but humans have still managed to find ways of both living and working at Dome Fuji. Its station was set-up in 1995. Ice cores that were drilled have now given scientists a look at 720,000 years of paleo-climatic history. If you are interested in visiting, you will need to pack everything you have that can be described as thermal.

So, we ought to mention the second coldest place on Earth. Recording in 1983 a temperature of minus 89.2 degrees centigrade, it is the Vostok Research Station. Strangely, it is also one of the sunniest places on Earth. In December, Vostock Research Station will enjoy 22 hours of sunlight. On a polar night, zero hours of sunlight will be recorded. In terms of mean temperature, Vostok will record the lowest annual temperature of any of the planet’s weather stations.

This station was set up by the Soviet Union in 1957 to conduct research. Apart from ice cores and magentronomy, its scientists have managed to penetrate Lake Vostok. This is a giant subglacial lake that is hidden beneath all the ice. Here, they have discovered an ecosystem made up of multicellular organisms and microbes that previously were cut off from the world.

As far as the coldest places most of us would contemplate going on holiday, Iceland has to be among the coldest. In Iceland, temperatures can be as cold as five degrees centigrade or as warm as 25 degrees centigrade, so there is quite a fluctuation. A typical average temperature would be between 10 and 15 degrees centigrade. Summers will not generally be as wet as spring is, although rain will be experienced occasionally. Iceland is a windy country, so summer nights can be chilly.

The best time of year to visit Iceland is between September and March. This is when Iceland’s nights are long and you may see the Northern Lights. Darkness can extend to almost 19 hours during the winter solstice. It is worth making the effort to travel to see the Northern Lights as they are a spectacular sight. According to the Sami people, who are indigenous to Norway, Northern Finland, Northwest Russia, and Sweden, you should not whistle at the lights. This is because they have the belief that the Northern Lists originate from the souls of their dead ancestors and so should be treated with respect. They fear that whistling in the presence of the lights will mean that the whistler is spirited away.

Those living in this country will enjoy good health care and social services, although these are funded by fairly high taxes.

In conclusion, there are places too cold to want to visit in the world but also cold ones that hold attractions. Notably, Iceland. Its Northern Lights alone are a reason to visit. Also, there is a dramatic landscape to see, which includes volcanoes, lava fields, hot springs, and geysers. Reykjavik is home to the National and Saga museum, enabling visitors to find out more about the history of the Vikings.